The Goodness of God (Towards those He calls His own)

God is saying you are MINE!!!!

When You’re Between a Rock and a Hard Place


the God who made you in the first place, Jacob,
the One who got you started, Israel:
“Don’t be afraid, I’ve redeemed you.
I’ve called your name. You’re mine.
When you’re in over your head, I’ll be there with you.
When you’re in rough waters, you will not go down.
When you’re between a rock and a hard place,
it won’t be a dead end—
Because I am God, your personal God,
The Holy of Israel, your Savior.
I paid a huge price for you:
all of Egypt, with rich Cush and Seba thrown in!
That’s how much you mean to me!
That’s how much I love you!
I’d sell off the whole world to get you back,
trade the creation just for you.

Wow, what a amazing scripture of God's promises towards his children. God has made you from the beginning of creation. You don't have to be afraid, He has redeemed you. Redeemed here means that you were bought with a price and His name is Jesus. He knows us by name, as a matter of fact he knows the number of hair on our heads. Your HIS!!!! I'm always with you to end of the days, I wont leave nor forsake you. I will be there to rescue you even in the deepest waters. There are NO dead ends with God,only the goodness of God displayed. He paid a price for you, He sent his one and only son to die for all sins (past, present and future). He loves us so much that we can't even fathom how that is. He says he will trade creation for us, Wow now that's the Goodness of God!!!!

The Goodness of God is how God has demonstrated his love for his people that love him. Child of God, He Loves you beyond what your wildest dreams could imagine, Its that deep,far and wide. I'm amazed by the goodness of God in my life and I hope you are too. Rest knowing that you are His and then see His goodness displayed all around you!!! Its really hard not to see His Goodness!!!!!!!!!!!

IDENTITY IN CHRIST- I AM IN CHRIST!!!! 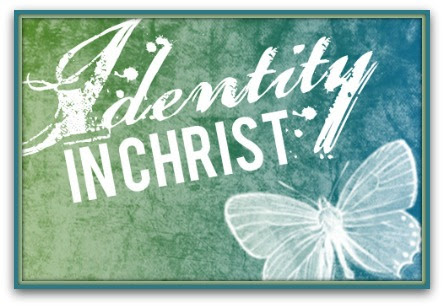 Are you a mother, father, son, daughter, sister?

Are you a victim, accident, abused, abuser, addict, dirty, alone?

None of these defines who you are.

Activity is not your identity.

There are two identities that we can identify with:

1st identity- Adam
What do I mean? Let me explain

Genesis 2:7
Then the Lord God formed a man from the dust of the ground and breathed into his nostrils the breath of life, and the man became a living being.

Romans 5:12
Therefore, just as sin entered the world through one man, and death through sin,and in this way death came to all people, because all sinned.

1 Corinthians 15:22
For as in Adam all die, so IN CHRIST all will be made alive.

Jesus - Identity in the flesh so that we could identify with the spirit.

Romans 5:15-17
But the gift is not the trespass. For if many died by the trespass of one man, how much more did Gods grace and the gift that came by the grace of the one man, Jesus Christ, overflow to many. Nor can the gift of God be compared with the result of one mans sin: The judgement followed one sin and brought condemnation, but the gift followed many trespass and brought justification. For if, by the trespass of the one man, death reigned through one man, how much more will those who receive Gods abundant provision of grace and of gift of righteousness reign in life through the one man, JESUS CHRIST.

It's all about His obedience

Which do you identify with ?

Identifying with Adam
1. Past defines your future
2.  You will remain sin conscious
3. Life's circumstances will defeat you
4. Your abilities will limit and define you

Identifying with Jesus
1. Your past will be used for good
2. You will live righteous conscious
3. You will rise above circumstances
4. Your ability and strength will be found in Christ
5. You'll overcome the power of the enemy

It's really your choice who you want to identify with.
I make the choice to identify with Jesus.
It's liberating to be Free in so many areas of my life.
I know that where the enemy meant to harm God is using it for his glory.
I refuse to let the enemy steal from me anymore.  I am more than a conqueror.
And when circumstances are tough I will trust in Jesus for my provision. All my hope is In Christ
And now I tell the enemy shame on you devil righteousness on me!
I'm free indeed.
I now live in victory rather then defeat.

Ephesians 1:11
In him we were also chosen, having been predestined according to the plan of
Him who works out everything in conformity with the purpose of his will, in order
That we, who were the first to put our hope in Christ, might be for the praise of his glory.

IN CHRIST, April is Accepted and Adopted
John 1:12
Yet to all who did receive him, to those who believed in his name, he gave the right to become children of God.
Galatians 3:26
So in Christ Jesus you are all children of God through faith

IN CHRIST, April is a New Creation

Therefore, if anyone is in Christ, the new creation has come:[a] The old has gone, the new is here!

IN CHRIST, April is Free from condemnation.
Romans 8:1
Therefore, there is now no condemnation for those who are in Christ Jesus,

IN CHRIST, April is Seated with Christ
Ephesians 2:4-6
But because of his great love for us, God, who is rich in mercy, 5 made us alive with Christ even when we were dead in transgressions—it is by grace you have been saved. 6 And God raised us up with Christ and seated us with him in the heavenly realms in Christ Jesus,

Already done, IS seated with Christ
All the work is finished, Battle is won

IN CHRIST, April is complete
Colossians 2:10
and in Christ you have been brought to fullness. He is the head over every power and authority.

Adam takes off old nature and now is one in Jesus.

One of our pastors (JB)shared this message with us and its has been so liberating.
I hope that it will be helpful to you too, please respond if you were touched by this message like I was.
Jesus is madly in love with YOU!!!

Posted by OurHopeIsInTheLord at 2:46 PM No comments:

I saw this on my friend's facebook and thought this was a great idea. Our measuring spoons are always in different places. This way they are always in the same place. It has been so nice. You can buy the hanging clip almost anywhere ( Walmart, Target, Grocery stores etc. ).
I put them on the lower cabinets so our children can reach them.
I know this is a simple organization tip but a really good one:)
Blessings!!!! 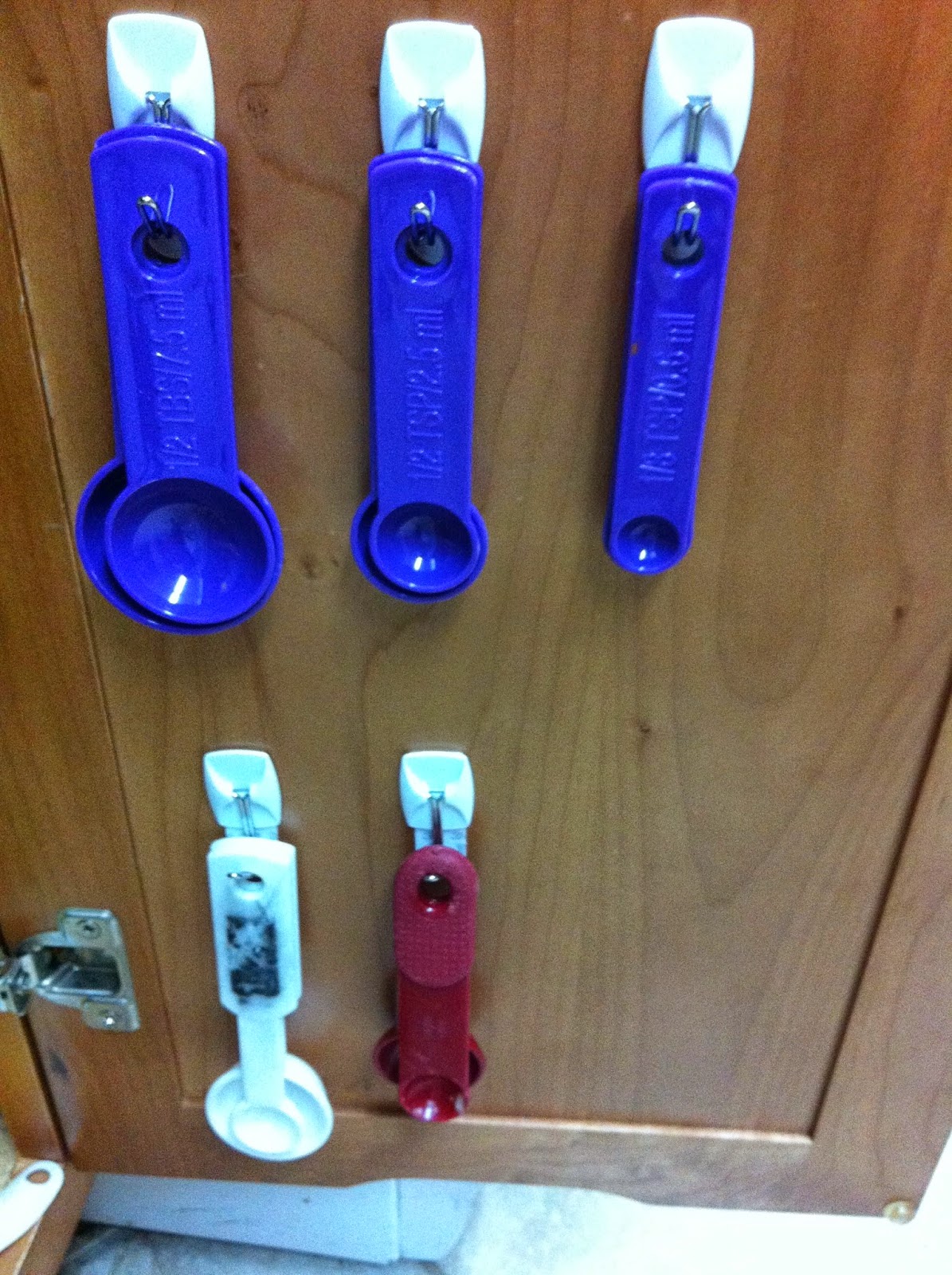 Posted by OurHopeIsInTheLord at 6:30 PM No comments:

Our son loves to fish. He has been in a fishing club with our homeschool group this year. But every time he catches a fish I think of this verse:

Second, He wants those who know him to be fishers of men. This is the commission to all believers. Sharing the gospel with all you come in contact with. Planting seeds into peoples hearts and letting Jesus do the rest. Pouring into others and sharing your story( Testimony). When you are real with people they will listen to your story which then lead into to sharing the gospel. Its really just sharing the love of Jesus in your life that will change their hearts for Jesus!!!!

So we are Called to share this gospel with EVERYONE!!!!! 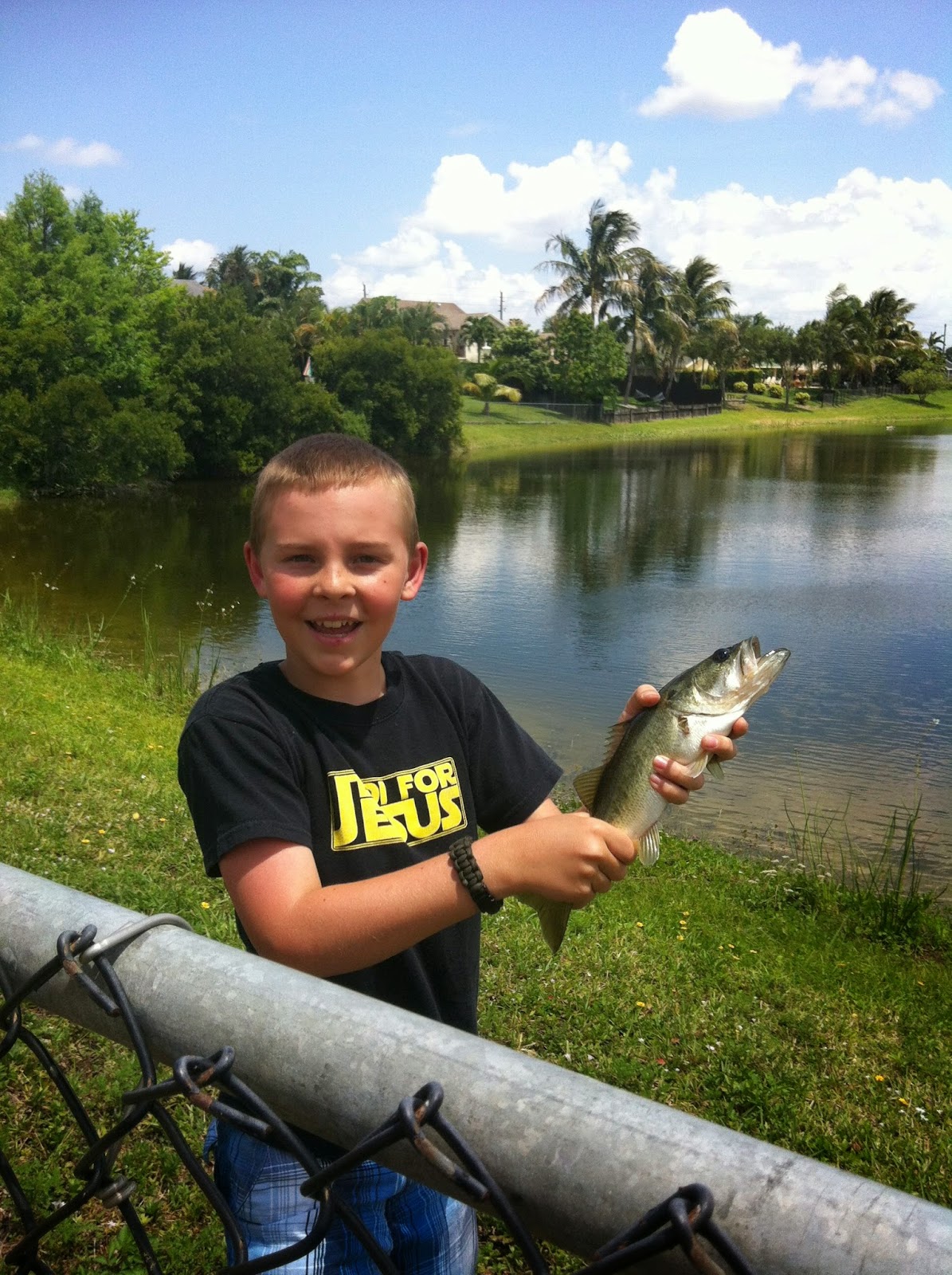 Jesus Loves You!!!!
Posted by OurHopeIsInTheLord at 5:10 PM No comments: 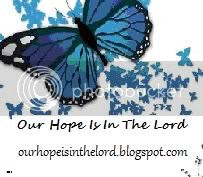 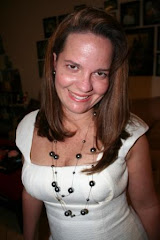 I'm a home school Mom to two wonderful children.I have a wonderful husband that loves me and the Lord. I Love the Lord with all my heart, My mission in life is to please Him with all that I say and do. I love the Beach, spending time with my family and friends. 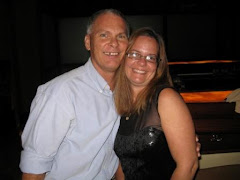 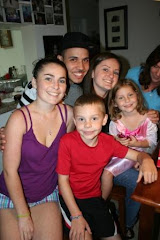 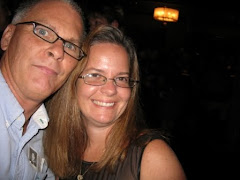 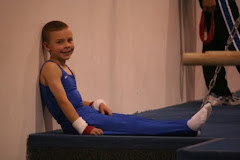 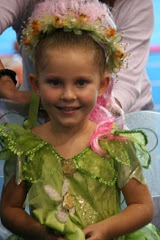 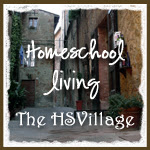